How do I recruit soldiers? Print

To recruit soldiers (offensiv units) you can either use the menu at the soldiers shelter,

or recruit them via the menu on the left.

To choose the number of your new units you can use the slider or the input field. Now simply click on “Recruit soldiers” to start the process. 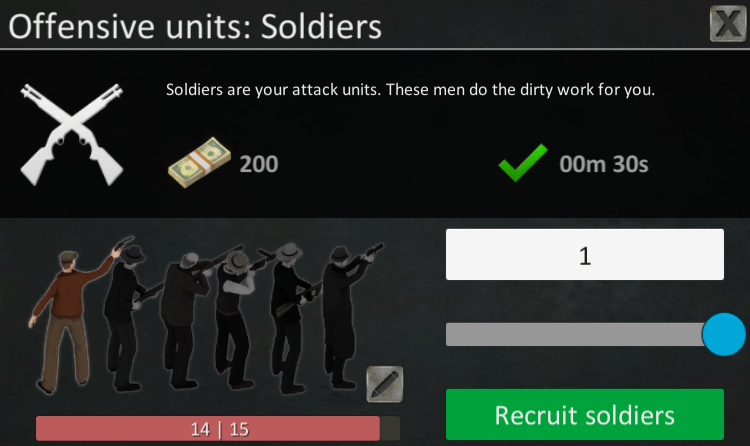 The little digit on the right of the soldiers button will show you the current number of units which are available. A red colored digit means that you haven’t reached your limit of units yet and can still recruit some more. To raise the limit, simply expand the soldiers shelter.

S
Support is the author of this solution article.

Did you find it helpful? Yes No

Send feedback
Sorry we couldn't be helpful. Help us improve this article with your feedback.